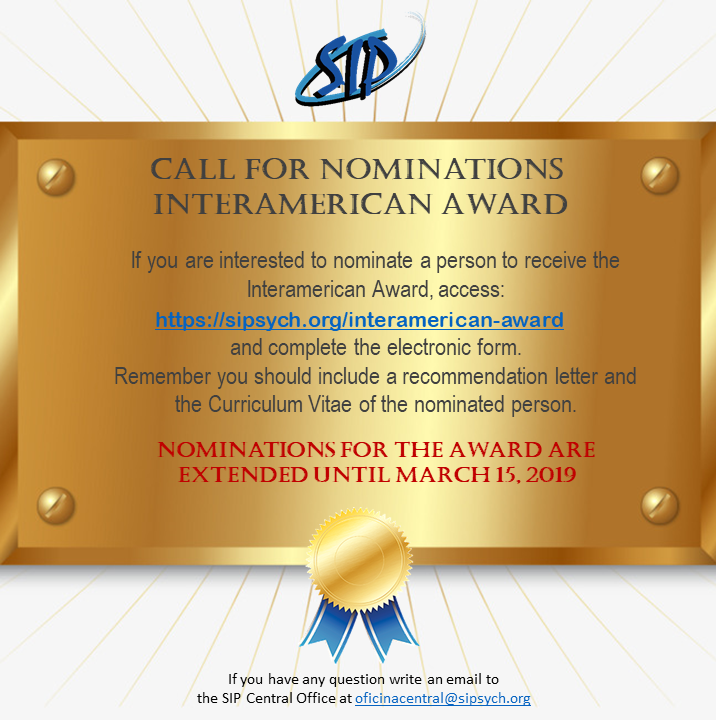 The Board of Directors of the Interamerican Society of Psychology (SIP) presents this award to a psychologist every two years. SIP bestows several awards for outstanding contributions supporting the development of psychology as a science and a profession in the Americas. This award is given in two categories: 1) A professional whose work is primarily disseminated in English or French and 2) A professional whose work is primarily disseminated in Spanish or Portuguese. This second award is named for Rogelio Díaz-Guerrero as a tribute to one of the original founders of SIP.

Remember you should submit a recommendation letter and the Curriculum Vitae of the nominated person before March 15, 2019. If you have any question write an email to Nelson Portillo at portilne@bc.edu or to the SIP Central Office at oficinacentral@sipsych.org