Please see attached for a flyer, including registration links, for an upcoming Global Psychology Alliance (GPA) virtual conference: Psychology in Action: Leading for the Climate. The conference will take place on November 18 and 19, featuring many members of the GPA as speakers as well as other content experts. If you are interested in this topic, please join us and feel free to disseminate among your colleagues. 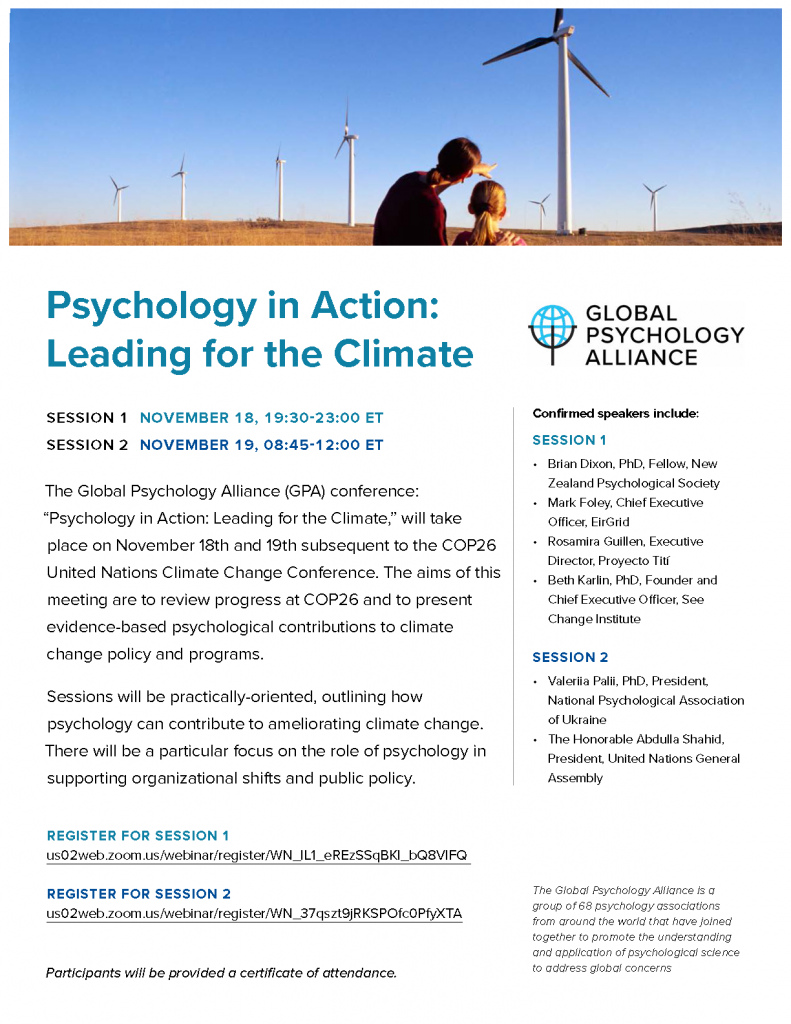 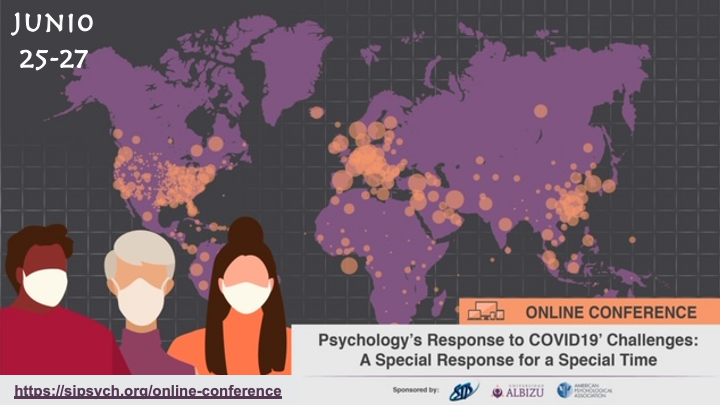 The Interamerican Society of Psychology (SIP) is worried and concerned about the death of George Floyd, an African-American man who was immobilized and died under the knee of a police officer in Minneapolis, Minnesota. SIP calls on the authorities to abolish the use of excessive force and police brutality and urges that this tragic incident be investigated, justice be done, and respect for the dignity and rights of African-American people in the United States of America be advanced. What happened in Minneapolis is an unacceptable incident, highlighting the frequent cost paid in loss of life, especially by those of African-American origin.

In the face of what happened in Minneapolis, and many other cities where violence against racial and ethnic minorities has clearly been observed, SIP cannot remain silent. We live under the restrictions and stress produced by the pandemic created by COVID-19; an epidemic, which has given rise to many of the best humanitarian actions seen in our recent history, which are also obscured by senseless acts, as seen in the case of George Floyd.

SIP believes that the lives of human beings must be honored and protected. Incidents like the one that occurred are catastrophic on psychological, social and moral levels. The repeated occurrence of these events perpetuates the trauma that affects Black people and damages the possibilities of achieving a more just and equitable society for all. Moreover, such situations continue the psychological damage created by racial discrimination and prejudice, which results in increased trauma, depression and distress, and has effects on bodily conditions such as blood pressure and vascular accidents as attested to by extensive research.

We share the view of the President of the American Psychological Association (APA), Dr. Sandra L. Shullman, who recognizes the existence of a pandemic of racism, as evidenced by the countless deaths of African-American people in the United States. We believe that this racism must be confronted as a public health crisis that demands the implementation of actions to eradicate aggressive behavior and injustices against minority citizens.

SIP emphatically rejects situations such as those that have occurred, advocates for the expeditious and humane resolution of such situations and offers its collaboration and resources to reduce racism, stigmatization, hatred and aggression against African-Americans in the United States.

Board of Directors of the Inter-American Society of Psychology (SIP), May 30, 2020. 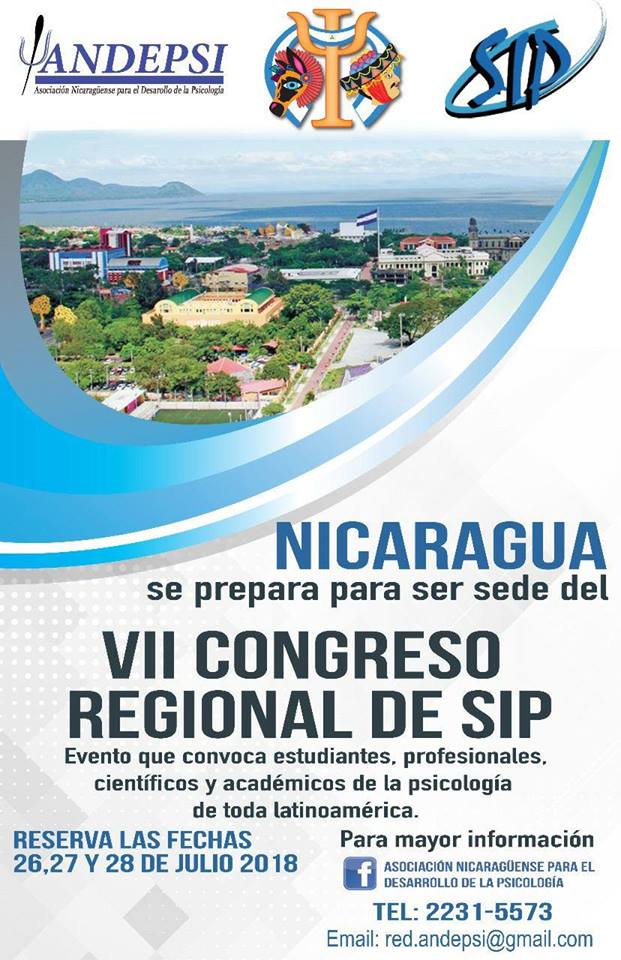