The Board of Directors of the Interamerican Society of Psychology (SIP) presents this award to a psychologist every two years. SIP bestows several awards for outstanding contributions supporting the development of psychology as a science and a profession in the Americas. This award is given in two categories: 1) A professional whose work is primarily disseminated in English or French and 2) A professional whose work is primarily disseminated in Spanish or Portuguese. This second award is named for Rogelio Díaz-Guerrero as a tribute to one of the original founders of SIP.

Each President selects a coordinator for this award from the members of the Board of Directors. This individual is responsible for gathering recommendations from the SIP membership and general community. Those interested in making a recommendation for this award should arrange for the submission of letters of support and the curriculum vitae for the individual. The coordinator receives all of the documents and the Board of Directors meets to select the winners of this award. All psychologists within the Americas are eligible for these awards in their respective language, except current and departing members of the SIP Board of Directors. 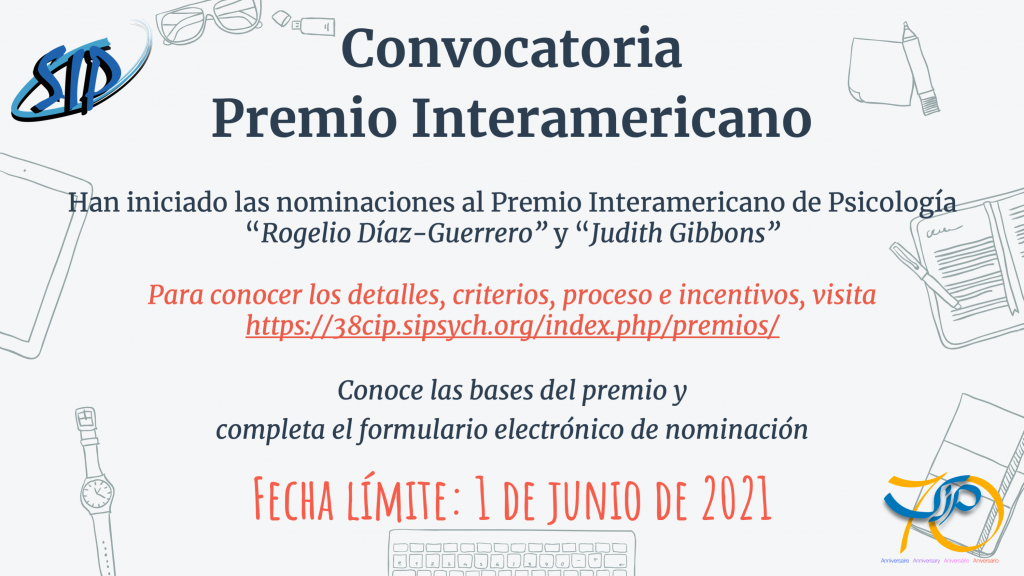